Body Burden: The Pollution In People 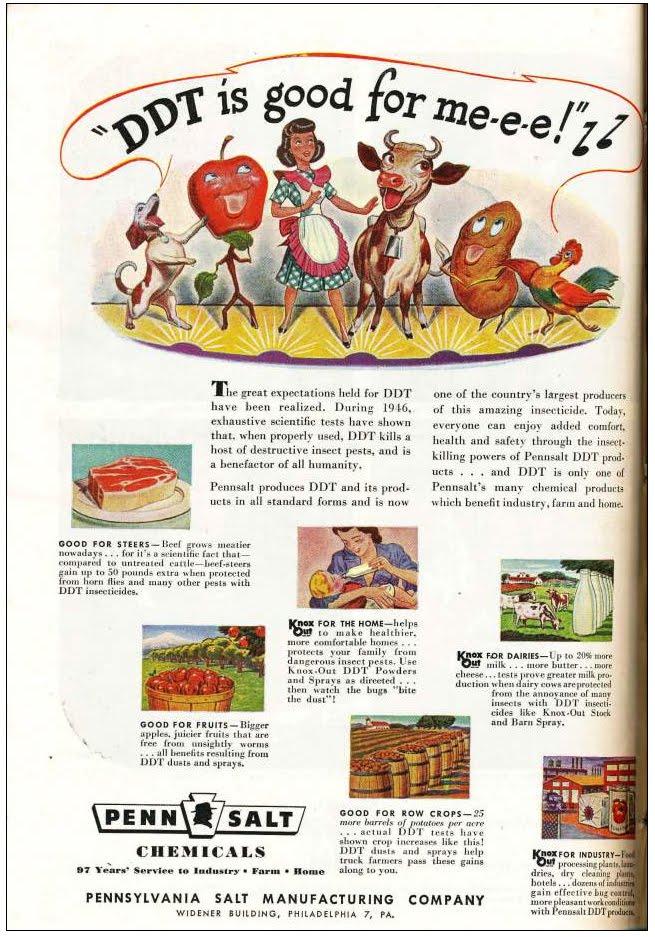 In 2001, journalist Bill Moyers had a sample of his blood and urine analyzed.


"Even though Moyers has never worked in a chemical plant – or lived near one – he learned that his body contains a chemical soup of 84 industrial chemicals, including 31 different types of PCBs, 13 different dioxins, and pesticides such as DDT."

He chronicled the story of how and why his body became riddled with toxic chemicals in the PBS program Trade Secrets, A Moyers Report
Here's the video: Moyers' 2-hour Program: Trade Secrets


"Over the last five decades, more than 75,000 chemicals have been produced, turned into consumer products or released into the environment. ... Only a fraction have gone through complete testing to find out whether they might cause problems for human health. Many that are produced in enormous quantities have never been tested at all."

"Today, every man, woman and child has synthetic chemicals in their bodies. No child is born free of them."

That same year, the Centers for Disease Control and Prevention (CDC) published its first in a series of assessments of the US population's exposure to chemicals.

A tiny sample of the hundreds of chemicals they tested for:

"Bisphenol A (BPA), a component of epoxy resins and polycarbonates, may have potential reproductive toxicity. General population exposure to BPA may occur through ingestion of foods in contact with BPA-containing materials. CDC scientists found bisphenol A in more than 90% of the urine samples representative of the U.S. population."

Everyone reading this likely has dozens of chemicals in their bodies that their grandparents did not have. And what we eat has a profound impact on our body burden. In particular, processed foods and animal foods (fish, meat, eggs, and dairy), especially fatty versions, present the greatest chemical exposure.

It's not far-fetched to think that the increase in metabolic and endocrine disorders (obesity and diabetes are two) is linked to the chemical revolution of the last half century. Yet in the years I've been reading about this link, very little has emerged in the media.

There was this piece by Nicholas Kristof in the New York Times last August: Big Chem, Big Harm?


"Like a lot of Americans, I used to be skeptical of risks from chemicals like endocrine disruptors that are all around us. What could be safer than canned food? I figured that opposition came from tree-hugging Luddites prone to conspiracy theories.

Yet, a few years ago, I began to read the peer-reviewed journal articles, and it became obvious that the opposition to endocrine disruptors is led by toxicologists, endocrinologists, urologists and pediatricians. These are serious scientists, yet they don’t often have the ear of politicians or journalists.

I’m hoping these new studies can help vault the issue onto the national stage. Threats to us need to be addressed, even if they come not from Iranian nuclear weapons, but from things as banal as canned soup and A.T.M. receipts."

Are people who care Luddites?

________
DDT advertisement which appeared in TIME Magazine, June 30, 1947, from International Society for Environmental Ethics.
Posted by Bix at 7:11 AM

The answer is not to eat organic, when it comes to food at least. I know I alienate people when I say that. But there are just too many people who can't. There's only 1 or 2% of US farmland devoted to organic, and most people work at jobs in cities and cannot live off of the products from a backyard or patio garden. There isn't enough organic food to go around. And there are hundreds of thousands of people who don't prepare their own food ... those in care homes, hospitals, the military, those who depend on cafeterias or who are otherwise institutionalized. It's wonderful if someone has the choice to eat organic, but to tell others to eat that way, I've come to understand, is elitist and self-absorbed.

The answer is for chemical companies to come clean with their safety testing, and/or for the government or independent parties to do testing. The answer is to place restrictions on the use of chemicals that have been shown to be hazardous. That will take will ... will of the citizenry, will of the legislature.