How To Roast Chestnuts

This video from About.com shows a great way to cook fresh chestnuts. In a nutshell:

Here are a few I cooked today while making dinner, using the techniques described in the video.
My bag of chestnuts: 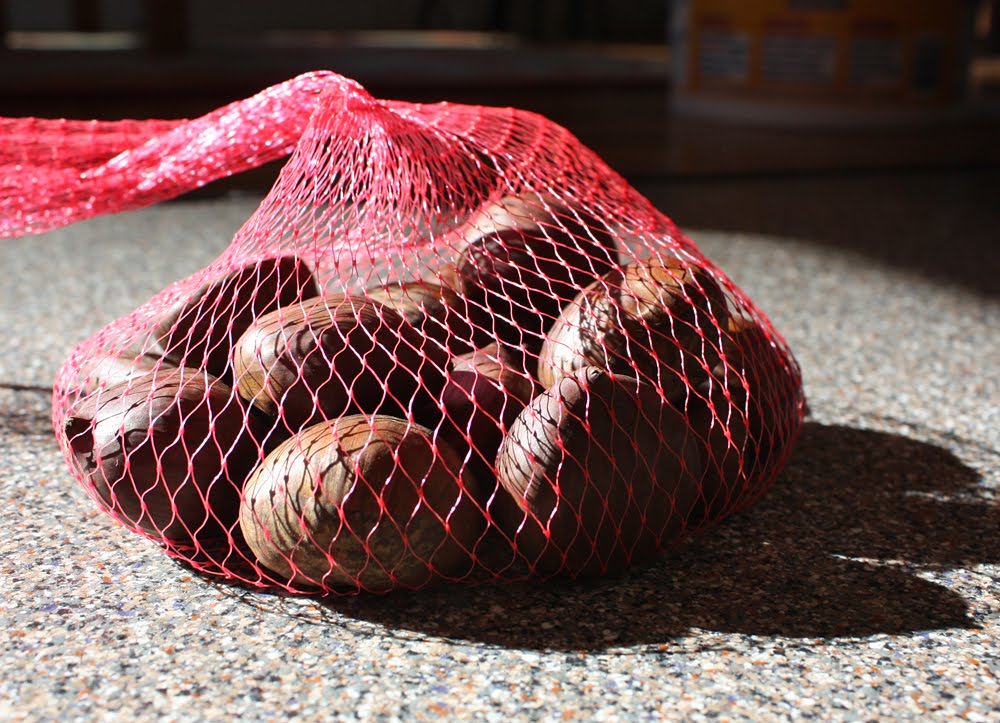 My chestnuts boiling. (First, score the chestnuts in one slice along the rounded side. The video shows this nicely. Add the nuts to a pot, cover with cold water and a dash of salt, bring to a boil.) 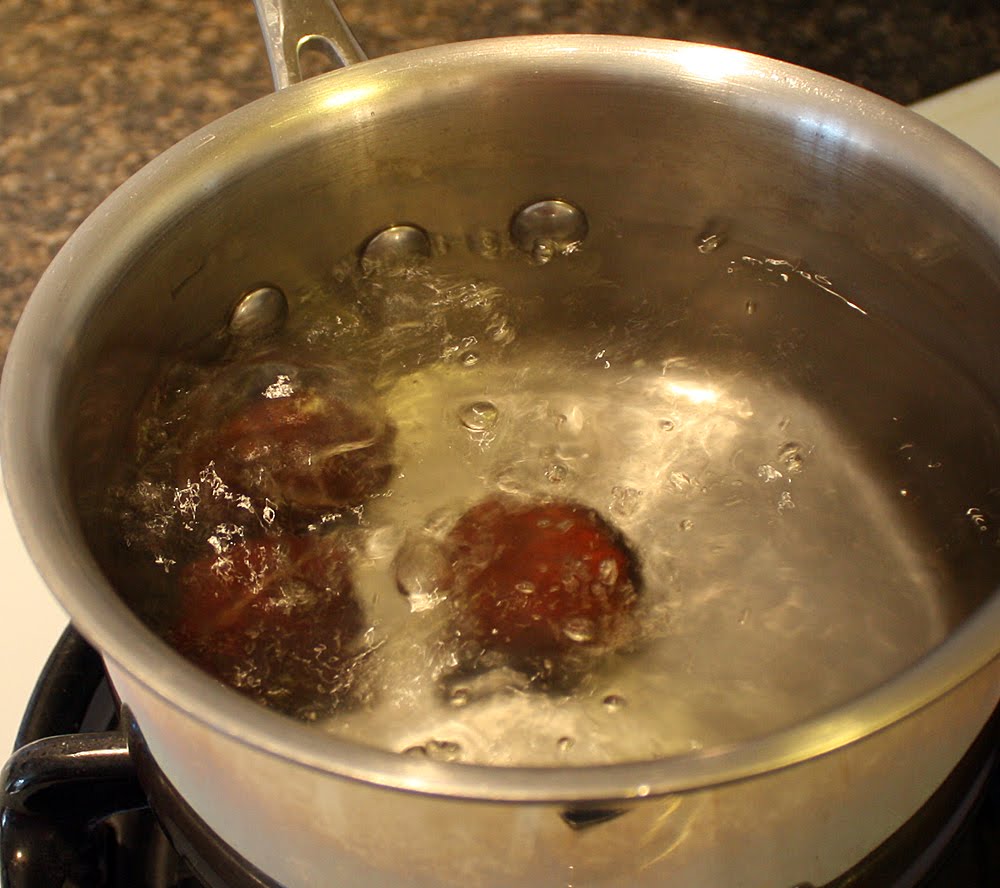 My chestnuts roasting. (After the nuts come to a boil, fish them out and immediately transfer them to a hot oven, about 425 degrees F. I was already roasting potatoes so I decided to let the oven do double duty. You can see I don't even use a pan ... less clean up!) 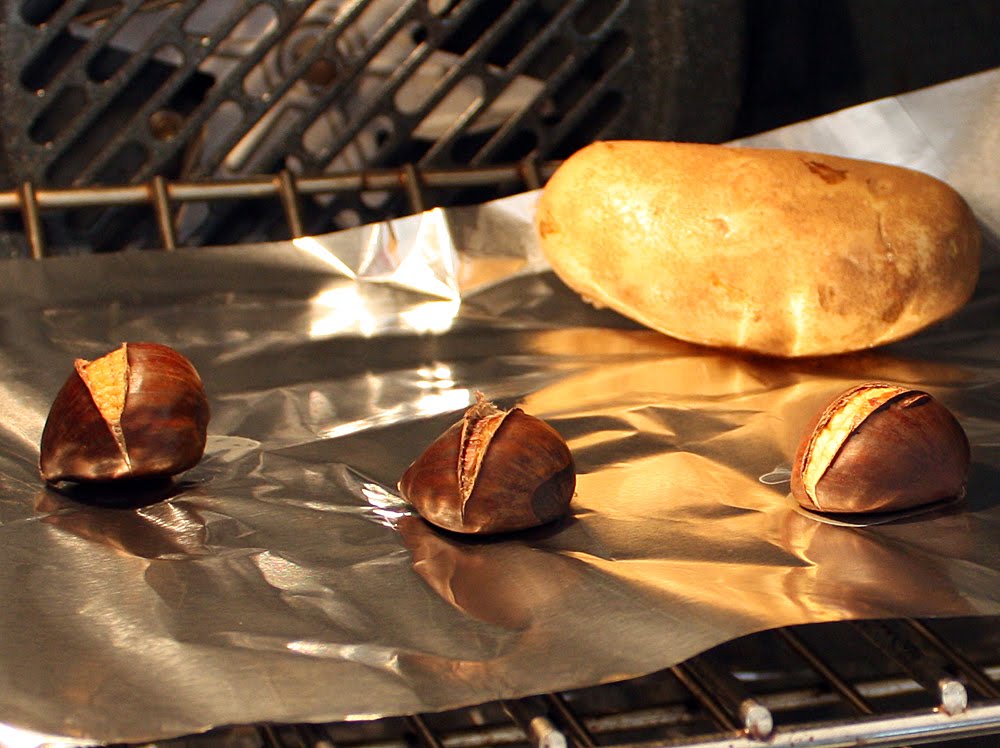 My chestnuts ready to pop open and eat. (After the chestnuts roast in the oven for 15 to 20 minutes, transfer to a bowl and cover for 15 minutes so they steam-cook the rest of the way. They'll be warm and easy to handle.) 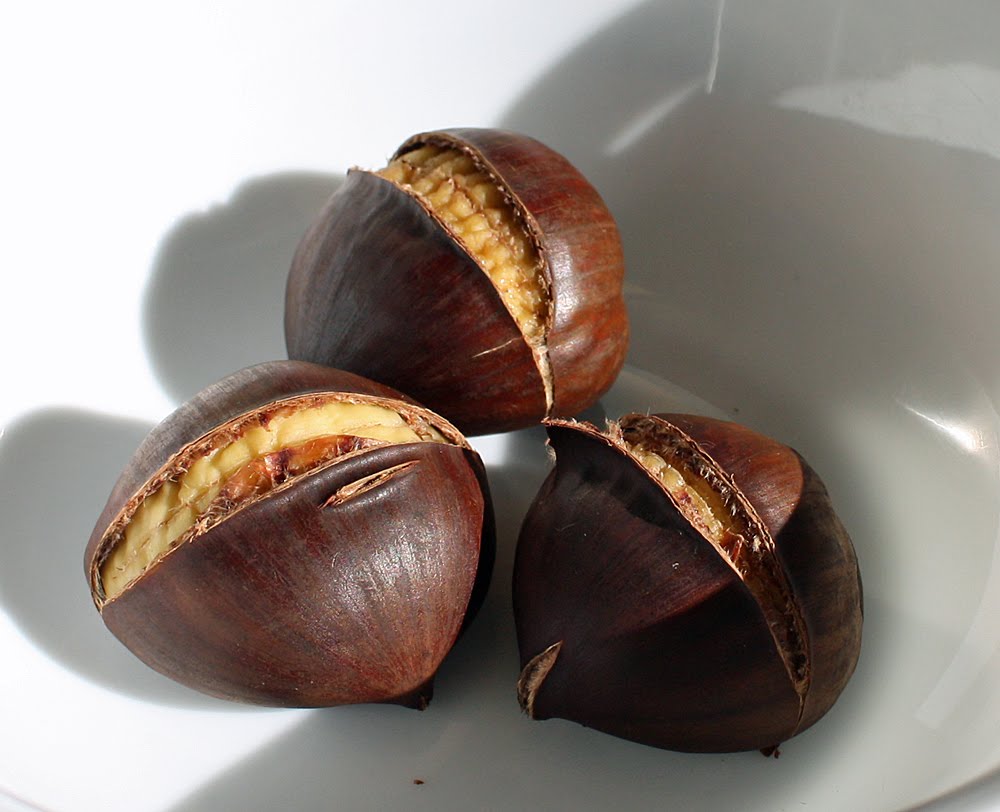 The one departure here from tradition is boiling before roasting. I've tried roasting without boiling and I have to say ... boiling them first makes a moister (not chalky) nut that cooks evenly. They're also less apt to singe if you leave them in the oven a hair too long.

By the way, chestnuts are very low in fat. These 3 have about:

Thanks for posting this. I tried the boiling first and it worked great. No charred chestnuts!

Tried this recipe on Christmas and the chestnuts turned out terrific! Thank you

Thank you this works better than any other method I've tried. How do you keep the chestnuts before and after cooking

Perfect chestnuts after years of roasting them! I cannot believe no one ever talked about doing them this way before! My parents roasted them every Christmas while I was growing up and never did it that way either. What a find, finally! hurray!