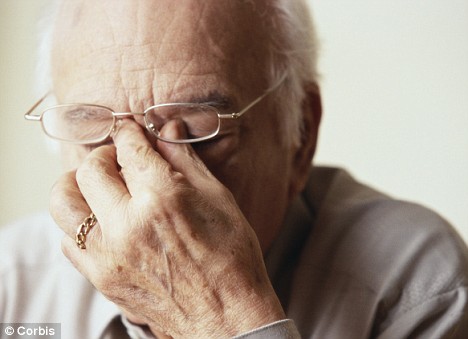 Update: 12 March - I'm bringing this post to the top because my thoughts at the end of it, where I said depression could be related to inflammation, were confirmed by Weil in his section "Depression And Inflammation: The Cytokine Connection." I just got to this part:


"Researchers in the field of psychoneuroimmunology have developed a cytokine hypothesis of depression, which argues that proinflammatory cytokines are the key factor controlling the behavioral, hormonal, and neurochemical alterations characteristic of depressive disorders, including much of the depression that occurs with cancer."

He effectively squashed the serotonin hypothesis ... which I'll cover in an upcoming post. This inflammation hypothesis has a lot to recommend it, from my reading.

________
How about that. The antihistamine Benadryl was the basis for the antidepressant Prozac.


"Because all of the early antidepressants had unpleasant side effects and serious potential interactions with other drugs and medications, pharmaceutical chemists continued their search for better ones with more specific action. But what specific action should it be? Some thought deficiency of norepinephrine was the biochemical cause of depression. Others argued for a serotonin hypothesis of depression and looked for compounds to prevent its breakdown or reuptake. The proponents of the serotonin hypothesis would win the day; their big discovery came in the 1970s, again, interestingly enough, as a result of work with antihistamine.

Very likely you have taken Benadryl (diphenhydramine) at some point in your life. It is one of the oldest and most widely used antihistamines, the first such drug to be approved by the FDA for prescription use. Benadryl is so sedating that it is now sold over the counter as a sleep aid. In the 1960s this tried-and-true drug was found to have an action independent of its effect on histamine; it selectively inhibited the reuptake of serotonin. By modifying this molecule, scientists at Eli Lilly and Company in the 1970s came up with the first safe and effective selective serotonin reuptake inhibitor [SSRI], fluoxetine, much better known by its brand name Prozac. The rest is history."

He says that Thorazine and other phenothiazines marketed as tranquilizers, and tricyclic antidepressants which preceded SSRIs were also derived from work with antihistamines:


"Although antihistamines are best known for blocking the effects of the compound responsible for certain immune responses, they also affect the brain."

Wikipedia says that one role of histamines is as neurotransmitters. And that receptors for histamine are found on cells of the central nervous system, affecting release of the mood-altering substances norepinephrine and serotonin.

And histamine may be just one of a number of inflammatory compounds that impact brain function:


"Over the past decade, a flurry of research has suggested allergic reactions cause feelings of fatigue and depression because of the release of proinflammatory cytokines, proteins released by immune cells rushing to protect an allergic person from pollen or other allergens that have entered the body, says Paul Marshall, a clinical neuropsychologist in the department of psychiatry at Hennepin County Medical Center in Minneapolis.

"It's thought that those cytokines directly affect the central nervous system, causing the release of a chemical in the brain called IL-1 beta that induces sickness behavior, such as weakness, lethargy, low mood and the inability to concentrate," Marshall says."
- Seasonal Allergies Could Spark Depression, Fatigue, USAToday, March 2008

It makes me wonder just how much of the epidemic of depression is related to inflammation, and, in turn, to not only seasonal allergies but to pro-inflammatory diets. Not unlike other inflammation-related diseases ... diabetes, heart disease, arthritis.

So, allergies may be yet another confounder in epidemiological studies - studies that observe associations in populations.

Just read an interesting article putting forward a hypothesis that depressionmay be a side effect of another illness and actually a benefit as would stop that person feeling social and going out and spreading the disease?

I find that too much benadryl makes me hyper (in a bad way--and too much, for me, would be more than one dose a day)--perhaps that's a result of the relation b/tw antihistamines and antidepressants.

I give my two sick cats cyproheptadine, which although it was developed as (or functions as) an antihistamine, actually has an effect on cats' appetites, most cats at least. I'm told it doesn't work as well in dogs.

And on a completely unrelated note, here's an interesting factoid our vet told me--supposedly cats have less dopamine in their brains than dogs do, which is why it's easier to train dogs and much more difficult to train cats. Am not 100% sure that's true, but that's what the vet said. I thought it was interesting.

I was just looking for info on dopamine & cats & came across this, about the spread of toxoplasmosis (from Wiki): "A University of California, Davis study of dead sea otters collected from 1998 to 2004 found that toxoplasmosis was the cause of death for 13% of the animals.[37] Proximity to freshwater outflows into the ocean was a major risk factor. Ingestion of oocysts from cat faeces is considered to be the most likely ultimate source.[38] Runoff containing wild cat faeces and litter from domestic cats flushed down toilets are possible sources of oocysts.[39] According to an article in New Scientist[40] the parasites have been found in dolphins and whales. Researchers Black and Massie believe that anchovies, which travel from estuaries into the open ocean, may be helping to spread the disease."
So if you have a cat, don't flush the catbox leavings down the toilet & into the sewage system! (Sorry this is off-topic.)

That's interesting about cats having less dopamine than dogs. You wonder how else that affects their behavior.

Serotonin is made from tryptophan. People who eat a lot of animal protein have a lot less tryptophan in their brains, because the tryptophan must compete with other large amino acids for transport across the blood-brain barrier. This could explain why depression is less common in societies that eat a more heavily plant-based diet.

All drugs have more than the desired effect. Sometimes the side effect is unwanted; sometimes it's welcome. My feeling is that most side effects aren't known.

I don't think the serotonin hypothesis of depression is as credible as it used to be, Laurie.

Dr. Weil talks about what he thinks constitutes a pro-inflammatory diet (one thought to increase the risk for depression). One element I see over and over: Diets high in omega-6 fat (soy oil, corn oil) are thought to promote inflammation.

Less dopamine means cats gravitate (like magnets to true north) to people who don't like cats. It also gives them an "attitude" of superiority that dogs lack. (Just kidding.)

Nopalea has been such a wonderful all natural anti-inflammatory, that it is in the 2012 PDR. Have been using it for quite a while and have had better energy and a better outlook on life. Could it be because of the inflammation connection to depression?
Robert H. George Jr.

Interesting, Robert. I've shied away from thinking a particular food or drug is the best way to handle an ailment, although I believe if you say you've found relief.

I think this particular ailment, inflammation, is a play with many actors. You could have a very potent effect, very cheaply, by making small changes to lifestyle ... like eating less processed oil, less refined and processed foods. Eating closer to the earth, if you will. Inflammation is also affected by emotions and mental state, by activity or inactivity, by rest and sleep (different things), exposure to smoke and other pollutants, and on.

All drugs, and foods we use as drugs, have more than the desired effect, and will undoubtedly have unwanted effects. Remember antioxidants? We think they are always good, but we find that the body uses those oxidized compounds as signals for things like insulin sensitivity. So antioxidants aren't always good. Everything in the body is balanced. It is the meaning of homeostasis. You can't throw something in, in large quantities, without throwing something else off-balance.

Hi, I just started reading this blog today. I'm the typical northern european "allergic" type with runny nose, athsma, excema, and another skin condition (bumps) - all related, from what I've read. Also depressive episodes, by the way. I eat pretty well, but have slacked off on strenuous (or any!) activity with age. Can always get back to that, of course - I will!!! In my experience, being active, and thereby fit - very fitaddresses the inflamation response. Good food, low stress levels and adequate rest may also help, but not sure about that - I am sure about the fitness/strength effect. When I'm "runnin like a Jaguar" I don't have a runny nose and I don't get sick.

Hi Cat. You're so determined! Maybe I can ride your "I will!" wave for a while :)

I so agree with you about activity and age. My activity always gets bumped to the bottom of the to-do list and, for crying out loud, once it's there it's hard to move it back up.

This is exactly what has happened to one of my sons, except that it isn't from an allergy. He has gut bacteria producing histamine and causing fatigue and depression, even though histamine is not supposed to cross the blood brain barrier. We have found that if you take the supplements to support the pathways to degrade histamine, it takes care of the depression.

So to support the complete pathway, you need B6. vitamin C, niacin (or niacinamide), magnesium, and maybe copper, but most people already have enough copper, for the DAO pathway. In addition, for the methylation pathway you need either folinic acid or methylfolate and B12.