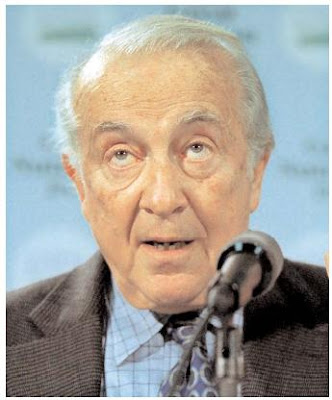 As with LaLanne and Fixx, Atkins was in less-than-peak shape in his early years:

"In 1963 [33 years old], when Atkins weighed 100 kg (224 pounds) due to a diet of junk food, he read a study of a low-starch diet in JAMA based on the work of Alfred W. Pennington and successfully lost weight by following it."

According to a statement released by Atkins' wife after his death, Atkins developed atherosclerosis as he aged:

"While Robert did have some progression of his coronary artery disease in the last three years of his life including some new blockage of a secondary artery that was remedied during this admission, he did not have a heart attack."

"Coronary Artery Disease (CAD or atherosclerotic heart disease) is the end result of the accumulation of atheromatous plaques within the walls of the coronary arteries."

This medical examiner's report of Atkins' death states the deceased was a 72-year-old white male with a history of MI (myocardial infarction or heart attack), CHF (congestive heart failure), and HTN (hypertension or high blood pressure).

So, Dr. Atkins did have plaque build-up in the arteries supplying his heart, it did get worse as he aged, and he did suffer a heart attack at some point; whether that was the "cardiac arrest" Atkins suffered in 2002 is unclear. Mrs. Atkins maintains that her husband's heart condition and health problems were the result of a viral infection that affected his heart (cardiomyopathy), not diet. 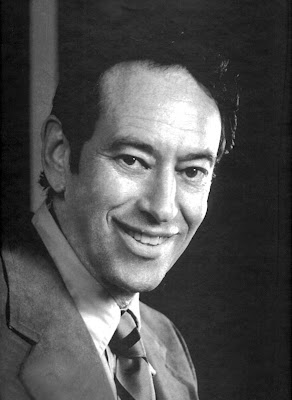 As with LaLanne, Fixx, and Atkins, Pritikin was in less-than-peak shape in his early years:

"Diagnosed with heart disease in the 1950s [placing him around 40 years old], he engaged in a low-fat diet that was high in unrefined carbohydrates along with a moderate aerobic exercise regime."

Pritikin's site describes the evolution of the reversal of his heart disease:

"Pritikin's own cholesterol [in 1958, at the age of 41] was 280. He created an eating plan rich in fruits, vegetables, whole grains, and beans and with moderate amounts of lean meat, seafood, and nonfat dairy foods. He also began exercising. His cholesterol plummeted to 120. Two years later, a new electrocardiogram showed that his coronary insufficiency had disappeared. His test results: normal.

In 1985, Pritikin died from complications related to a 35-year struggle with leukemia. The results of his autopsy were published in the New England Journal of Medicine, and showed that Nathan Pritikin's arteries were free of any signs of heart disease, and were as "soft and pliable" as a teenager's. "In a man 69 years old," wrote pathologist Jeffrey Hubbard, "the near absence of atherosclerosis and the complete absence of its effects are remarkable." "

"Concerning Pritikin: I worked with him in the 70s and 80s as the cardiologist and later medical director at the California Pritikin Longevity Center. He developed leukemia long before he began a low-fat diet. Interestingly, the leukemia was totally asymptomatic and in remission for over 20 years when he reluctantly saw a hematologist at UCLA. The hematologist was certain that Pritikin had hairy cell leukemia and that chemotherapy was indicated. Pritikin was convinced to take chemotherapy although it contradicted everything he believed and stood for. He had an extremely adverse reaction to the chemotherapeutic agent that included liver and kidney damage. He was quite thin to begin with and following the chemotherapy he lost about 30 pounds and appeared cadaveric. Pritikin traveled from California to a hospital in New York state under an assumed name for a second opinion. He was told that there was no hope and that he would most likely die quite soon. He said goodbye to his family and sent them out to eat dinner. He then severed both his brachial arteries with a scalpel and bled to death in his hospital bed. His autopsy was subsequently reported in the New England Journal (1985 Jul 4;313(1):52).

His coronary arteries were perfectly clean despite his having had significant (and convincing to me, a pretty good clinical cardiologist) angina in the days before routine coronary angiography. Pritikin developed his diet initially to treat himself. His angina went away early on as he became a low-fat vegetarian. For all apparent purposes his diet served him well."

________
It's hard to tell which diet, Atkins' meat-based high-fat plan or Pritikin's plant-based low-fat plan, was better at reducing plaque. Atkins' family did not permit an autopsy, however, the progression of Atkins' atherosclerosis in the years leading up to his death is worrisome. From this elementary comparison, I would say Pritikin's diet was better. It looks like I'm not alone. The Centers for Medicare and Medicaid decided to pay for Nathan Pritikin's and Dean Ornish's cardiac rehab programs. Both programs promote a low-fat, plant-based diet.
________
Posted by Bix at 7:52 AM

What if instead of only looking at low-fat vs high-fat, we start examining low-inflammatory vs high-inflammatory diets? No doubt that high cholesterol is associated with heart disease but person can have high cholesterol and NOT have plague build-up by preventing damage to artery walls. A diet high in veggies, whole grains and low in animal fats is inherently anti-inflammatory but we still need to eat fat for healthy cells and brain. With my heart disease patients, I like to focus on everything they can eat to lower inflammation, plus exercise, stress, and overall mental health.

If there's one blunder I see in people who follow Atkin's-type diets is that they are exposed to excessive quantities of oxidized lipids or the poorly-named "advanced glycation end-products." Cooking with butter, heating meat at high temperature, and consuming cured meats, while low-carb, has adverse effects.

Also, it would be interesting to know the Apo E genotypes of these two men. I'll bet, for instance, that Nathan Pritikin was an Apo E4 kind of guy, making him more responsive to cutting fat in diet.

Keep up your great work.

Autumn, You're an RD cite some of those scientific studies on antiinflammatory diets! The only scientifically studied diet is Ornish and it was proven to be good for heart/vascular health. More scientific studies are ongoing wrt to cancers and diabetes, but there is a wealth of other types of studies to suggest this will have positive outcome.

Dr W, I suspect you may be on to something.

Does one diet fit all kinds? Dr Peter D'Adamo says it's all in the blood type. As an O I followed his O blood diet which is pretty much an Atkins. I felt good. Wife is an A and she enjoyed his A blood diet. Not only that, eating out we could exchange foods such as she got the cauliflower and I the bell peppers. Strangely, I could usually guess correctly people's blood types from the foods they preferred and the kind of exercise they liked best. Bs were not so easy but I did better than 80%. As and ABs I could confuse as well but beat the odds.

I do know that wifey felt really lethargic on my diet and I gained weight and felt tired on hers.

Not saying the the blood type is proven, but I do suspect the healthy diet is more complex than most think. I suspect, however, that Ancel Keys and Onrush and Pritikin to be more likely As and ABs. Interestingly, changing only my diet keeping similar calories I the same exercise (40,000 steps a day) I put 40 lbs on in 4 months switching from modified Atkins to Ornish (10% fat)-one small piece of chicken or cod no skin pr day and no wheat. And I felt lousy. And me wife hated, felt sickly and looked frowny on my high fat, moderate protein and low carb veggie diet. Antidotal, but interesting.

While there might be some merit indicating low-inflammatory diets have the same health benefits as a low fat diet, I would be reluctant to embrace that without some sort of substantiation of those effects. Pritikin didn't pursue a low fat diet on whim or a hunch. If you read this paper he had published, you'll see that he had a lot of other evidence that helped him pursue low fat over other kinds of diets: http://www.drmcdougall.com/misc/2013nl/feb/pritikinpdf3.pdf