Mike Tyson: "I Became A Vegan"

Mike Tyson, on losing about 130 pounds:1

"I became a vegan,” says Tyson. “Vegan is where no animal products. No livestock products. Nothing. I just did a lot of training and try to become more faithful in life. I wanted a different life. I felt like I was dying. I had an incident in life where I lost my 4 year old daughter in a tragic accident at home. I don’t know. I didn’t want to live anymore. So I said, that in order to go there, I had to change my life. I am going to change everything I dislike about myself. I changed everything that I was as a human being. I started that journey in October or November. … I don’t smoke anymore. I wanted to give up everything. I had to change my life. I didn’t have a problem with drugs or nothing. I had a problem with thinking. My thinking was broken. That was the solution of my broken thinking using drugs and living crazy. It was just the way I was thinking."

On the worst part about being 350 pounds:

"It was hard to wipe my butt… I was sweating like some kind of guy from a moon project or something. It was crazy… All the clothes you see me with now are clothes that I had 15, 20 years ago. (Host: Did you have the back fat and everything?) Oh man the back fat. The back fat is when it’s so bad, your ass looks like a board. It’s like boom. The back and ass is one. It’s not like the back goes down and the butt protrudes. No. It’s just straight down. And then girls were telling me I looked great. It has to be a money deal. It had to be." 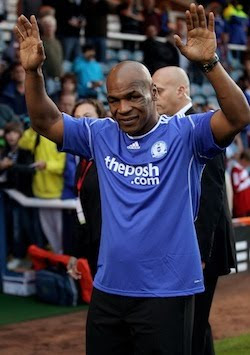 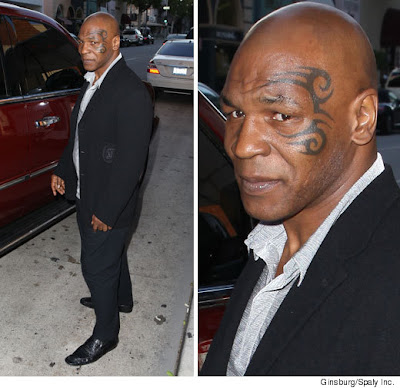 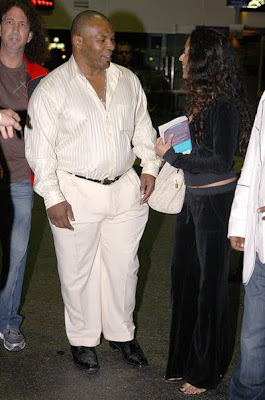 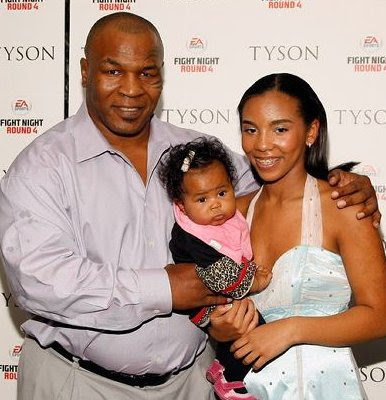 Who knew Mike Tyson had a sense of humor.

"The back fat is when it’s so bad, your ass looks like a board. It’s like boom. The back and ass is one. "

Kudos Mike Tyson. You managed to change your life for yourself and your family. Hope you're happier now.:)

What amazing changes for Tyson to have made, especially after such tragedy. I'm curious what a vegan diet looks like for Mike? Does he have a chef?

You know, I saw Mike Tyson in the Cleveland Airport years ago and my brother came perilously close to getting in trouble with his body guards while trying to get an autograph!

Autumn, I thought the same thing, about a chef. I remember when Oprah went on a vegan diet. She had a chef. I suspect the Tyson-Oprah vegan diet and the chefless vegan diet would be quite different.