Is The Locavore Movement Anti-Trade? 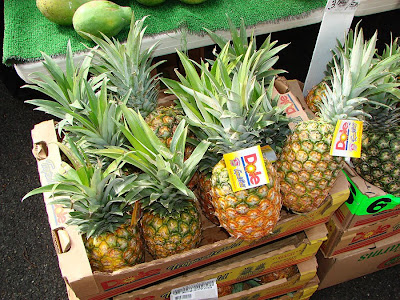 "In general, local food advocates assert that locally grown produce is more flavorful and more sustainable.
...
The evidence that produce purchased 150 miles away tastes better than produce purchased 200 miles away is non-existent. Whatever one’s criteria for sustainability, it is far too complicated to just say closer is more sustainable. For example, a large commercial growing area may be distant but also produces enough to fill up highly efficient tractor trailers, whereas produce from a local farm may travel less distance but the truck may be half empty."

In response to Postrel's comment, "The local-food movement’s ideological parochialism would be dangerous if it were somehow enacted into law," Prevor writes:

"[Y]our off-hand comment at the end that the local-food movement would be dangerous if it were somehow enacted into law is not such a distant hypothetical as that remark implied.

For example, at public universities all across the country there are increasing restrictions on food procurement. Although these policies are not “laws” they allow ideologues to impose real costs on the students, on their parents and on the public — without anyone voting for these policies.
...
The national school lunch program and related programs use the power of the purse — potential loss of federal funds — to get schools to adopt an anti-trade procurement policy.
...
Beyond these public policy issues, we run a series of focus groups and mall intercepts and other studies that interact with consumers from the UK to North America and on to Australia/New Zealand. You would be shocked at what people expect. A seemingly intelligent woman walked out of a farm stand in Massachusetts. The stand stood on a small farm but probably 90% of the sales of the farm stand were purchased off the local wholesale market.* Yet when we asked shoppers why they liked shopping there, more than one pulled out their pineapple and pointed to the advantages of a good Massachusetts grown pineapple!"

If spinach from Salinas Valley, California is more sustainable than local spinach because of, say, better economies of scale (I don't really know); if I know from experience that the spinach from California tastes better and is often fresher than local spinach, and if the CA spinach cuts a smaller hole in my wallet... why would I buy the local? Especially when there's a possibility that, you know, I might not even be buying local?

There you are, Ronald!
Another really thoughtful post, Bix.