Update on my post "Meat And Potatoes" Dietary Pattern And Risk For Colon Cancer. 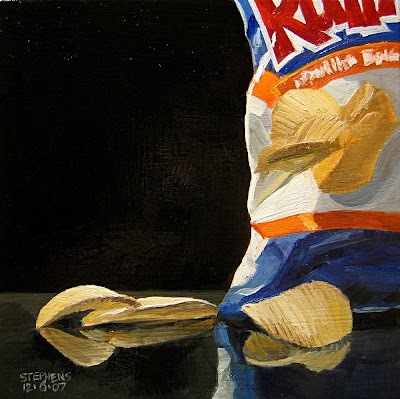 What's the new direction in nutrition research? If you've been reading this blog, you know it's Dietary Pattern Analysis. Instead of investigating the effects of one food or nutrient, pattern analysis reveals effects of the whole diet.

Single nutrient analysis is still relevant. It's useful for sorting out mechanisms. But people don't eat single nutrients. Any effect one food has gets muddied in the cacophony of dietary inputs.

... employed pattern analysis to ascertain a link between diet and colon cancer.

It found that a "fruit and vegetable" pattern was beneficial; it was associated with a decreased risk for colon cancer. This pattern was characterized by intake of "fruits, vegetables, legumes, whole grains, nuts, and seeds."


"Our findings support a protective effect for both men and women of a largely plant-based dietary pattern." 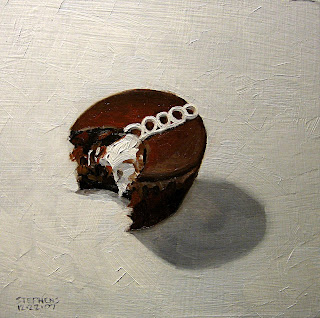 It found that a "meat & potatoes" pattern was deleterious; it was associated with an increased risk for colon cancer (more so for women).

"Meat & potatoes" is just a name that describes a particular style of eating. It doesn't necessarily have to contain meat or potatoes as long as it's high in fat and sugar. (Maybe we could call it the "Wate-On Dietary Pattern.")


"This pattern, which has previously been labeled Western, meat and potatoes, or a close variant, has been characterized most often by greater intakes of red and processed meat, fried and white potatoes, fast food, pizza, high-fat dairy products, desserts, refined grain products, and other high-fat and high-sugar food items."

Colon cancer is linked to diabetes and heart disease. Just how remains the question. From my previous post, Colon Cancer, Its Link To Diabetes, And Dietary Pattern:


As to the link between colon cancer and diabetes, the authors said, "many of the dietary risk factors associated with colon cancer may reflect the effect of hyperinsulinemia." And high insulin may, in turn, reflect a certain pattern of eating:

Paintings by Craig Stephens. "On this blog I have posted 1000 paintings in as many days."
Posted by Bix at 8:19 AM

These are beautiful paintings, and I can see the Thiebaud influence (per Stephen's profile).

Maybe a Wate-Off sticker on apples, and beans?

He made a bag of chips look beautiful.

Beans don't enchant, do they.
"The Romance of Beans" will never sell.

I know that excess of intake of potatoes can cause eczema but I didn't know that it can lead to colon cancer, too. United States is a potato society - I mean we have the fries that we love in large chunks. Maybe we should start to reconsider choosing the food we eat since too much of organic is also unhealthy. Thanks for the information, anyway!

*shakes head and tries to focus*

So Bix! You'll be so proud of me; I had chicken the other night without potatoes (or rice for that matter)!. It was so foreign, to eat meat and veg without a starch, but I survived to tell the tale ;) And it was good! I just loaded up on more veg :) (Mmmm.. fresh green beans.)

I'm having to get creative with green beans. Who knew you could harvest pounds from a pot on the deck!

Just so you know ... I think potatoes and rice are fine foods. Ritz crackers on the other hand...

Congrats on the beans! I'm waiting for mine to bean up--flowers now, but no beans yet.