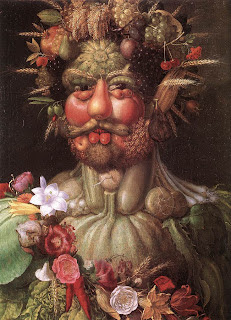 I've been meaning to post this for months and now is a good time, given my previous post about deaths linked to an intensive diabetes drug regimen. This study shows that diet, and diet alone, can affect a change in glycemic measures, e.g. HbA1c, that rivals what can be had with drug therapy.

It's one of the studies Melinda mentioned in comments. I like it because it's a diet study, not a nutrient study. Diet studies are harder to conduct than nutrient interventions. But to me they're more real. They're about foods and what people eat, and how that day-to-day behavior can affect health.

For example, some studies show that a certain trans fat called conjugated linoleic acid (CLA) can stem cancer progression. I don't know. But until a body of evidence can be assembled that shows that consuming dairy products (a food source for CLA) can stem cancer progression - a claim the National Dairy Council is chomping at the bit to substantiate by referring to test tube studies and nutrient interventions but not diet studies - then the CLA issue to me is just about a supplement, if it's an issue at all. It's not about food. (Especially when you consider the drawbacks of milk.)

Dr. Barnard et al. assigned half of a group of 99 people with type 2 diabetes to a vegan diet. The other half ate a diet recommended by the American Diabetes Association (ADA).

Here's a breakdown of what participants ate over the course of 22 weeks:

Findings after 22 weeks (no significant difference in exercise between groups):There were also significantly greater reductions in BMI, waist circumference, and total cholesterol in the vegan group compared to the ADA group.

One last point ... The people in the vegan group were allowed unrestricted consumption. They could eat as many calories and as much carbohydrate as they wanted, as long as they didn't eat from certain food groups. The people in the ADA group had to limit their caloric intake, count calories, and control portion sizes. Even with unrestricted food intake and a higher calorie consumption, the vegan group lost more than twice as much weight!
________
1 "The average glucose-lowering effect of the major classes of oral antidiabetic agents is broadly similar, averaging a 1-2% reduction in HbA1c."
- Oral Antidiabetic Agents: Current Role In Type 2 Diabetes Mellitus
2 People with diabetes suffer microvascular complications involving the kidneys which allow passage of protein into the urine. The lower the amount of the protein albumin that leaks into the urine, the healthier the kidneys.

Photo: 16th century painting of Emperor Rudolf II as Vertumnus (Roman god of the seasons and plant growth) by Giuseppe Arcimboldo. From Melinda's stash.
Posted by Bix at 3:27 PM

I just love Arcimboldo! Thanks for this great post. Sorry I missed it earlier.