"What do you think of Dr. Mary Enig's research on fats and her suggestion that saturated fat is not the devil we've been lead to believe?" 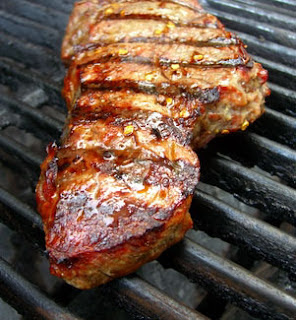 First, I'll admit I don't know much about Enig's research. I haven't read her book, Know Your Fats.

But, superficially at least, I agree. I don't think saturated fat should be as maligned as it is.

I don't feel comfortable promoting that fact because:There's a lot to know about saturated fatty acids (SFAs), and I can't say I know a ton. As you know, there isn't one type of SFA; they differ by their chain length. And different SFAs translate into different functions ... more than just providing calories or stuffing lipoproteins. Different SFAs also have different affects on serum lipids, an area of ongoing research.

There do appear to be benefits associated with saturated fat consumption:That said, people differ in their response to fat in the diet. That's a really important piece of the puzzle, individual response. Some people respond better (weight loss, better serum lipids) with a low-fat diet, others with a low-carb/higher fat diet. (For example, the latter may be beneficial for a person with insulin resistance, low HDL and low LDL.) Broad recommendations are risky.

So, I'm back to where I started. Some amount of saturated fat in the diet appears to be beneficial. But I don't want to take responsibility for someone construing that to mean I endorse a diet of double bacon cheeseburgers and Ben & Jerry's.
________
1 Monounsaturated Fatty Acids (olive oil, canola oil)
2 Polyunsaturated Fatty Acids (corn oil, safflower oil)
Photo of New York Strip Steak by Nicole Weston via Slashfood.com. Link includes recipe.
Posted by Bix at 11:18 AM