Organic Farming Bad for the Environment? 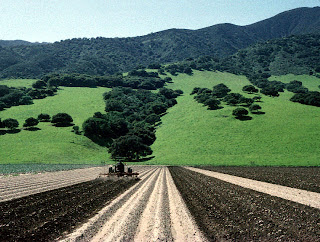 Last week's Economist has been raising hairs in the green community with its controversial article "Voting with your Trolley", which questions the benefit of three food-buying trends: organic food, fairtrade food, and local food.

Here's a wrap-up from their Leader of what they said about organic food:

"Organic food, which is grown without man-made pesticides and fertilisers, is generally assumed to be more environmentally friendly than conventional intensive farming, which is heavily reliant on chemical inputs. But it all depends what you mean by “environmentally friendly”. Farming is inherently bad for the environment: since humans took it up around 11,000 years ago, the result has been deforestation on a massive scale. But following the “green revolution” of the 1960s greater use of chemical fertiliser has tripled grain yields with very little increase in the area of land under cultivation. Organic methods, which rely on crop rotation, manure and compost in place of fertiliser, are far less intensive. So producing the world's current agricultural output organically would require several times as much land as is currently cultivated. There wouldn't be much room left for the rainforest."

Am I contributing to deforestation by buying organic? I'm torn on this one.

________
Photo of California's Salinas Valley, "America's Salad Bowl", from the University of California Cooperative Extension.
Posted by Bix at 2:33 PM

non of ur concern fellow said...

Organic is definitely the way to go! Overuse of pesticides and herbicides will eventually cause depletion of the soil and lower crop yields. Check out this link and look at the posts! You should find good stuff there!