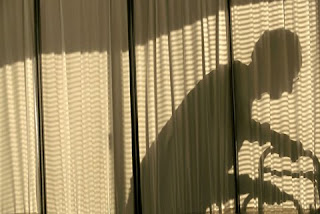 Until Medical Bills Do Us Part

"She was married to a sweet, gentle man whom she loved, but who had become increasingly absent-minded. Finally, he was diagnosed with early-onset dementia.

The disease is degenerative, and he will become steadily less able to care for himself. At some point, as his medical needs multiply, he will probably need to be institutionalized.

The hospital arranged a conference call with a social worker, who outlined how the dementia and its financial toll on the family would progress, and then added, out of the blue: “Maybe you should divorce.”

“I was blown away,” M. told me. But, she said, the hospital staff members explained that they had seen it all before, many times. If M.’s husband required long-term care, the costs would be catastrophic even for a middle-class family with savings.

Eventually, after the expenses whittled away their combined assets, her husband could go on Medicaid — but by then their children’s nest egg would be gone, along with her 401(k) plan. She would face a bleak retirement with neither her husband nor her savings.

The hospital told M. not to waste time in dissolving the marriage. For five years after any divorce, her assets could be seized — precisely because the government knows that people sometimes divorce husbands or wives to escape their medical bills."

Social workers recommending dissolving a marriage because of medical bills. Something about that isn't right.
________
Photo from a September, 2008 NYTs article about fixing how we finance long-term care in this country.
Posted by Bix at 3:03 PM

This makes me ill. Not just from a moral point of view, but a Christian one. It just... ugh...

Hm. Would a priest recommend divorce under the same conditions? Interesting thought.

If I was the old man I'd insist on divorcing to save the family financially. What's immoral is a system that allows medical bankruptcy.

Perhaps once the US Dept of Health and Human Service's Regenerative medicine vision by 2020 has been achieved, ageing hardships, and the discrimination that comes with it will be alleviated.

I can only speak for Catholicism, and no; divorce isn't ever suggested, granted nor approved (by the Church). Once Catholics marry, they're married for life. (Now, naturally some do it anyway, but that's a whole other discussion). It definitely wouldn't be allowed (or possibly condoned) over this.

Without a doubt, this problem of long-term care expenses devouring people's savings is huge. And it indeed has all sorts of perverse consequences because of the peculiarities of the law. Gifts -- such as the tuition my mother paid for my second cousin -- can be viewed retroactively as an attempt to evade long-term care expenses and seized. Sen. Kennedy was working on a more just solution; maybe someone will pick up that torch as well.

This is atrocious, on both a moral and practical level. I hope Obama doesn't cave to the Republicans. We absolutely need universal healthcare in this country, single payer would be even better.