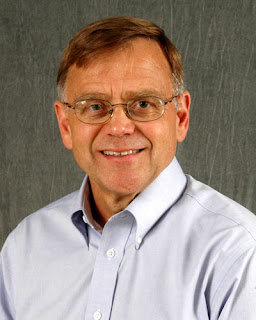 Obama made a campaign promise to make sure genetically engineered foods in this country are labeled.

With the appointment of Michael Taylor on Tuesday as senior advisor to FDA Commissioner Margaret Hamburg, I doubt this promise will be kept.

"Michael Taylor, a former Monsanto employee, [while working for the FDA, 1991-1994] was made responsible for developing FDA labeling policy for rBGH. With Taylor's help, the FDA declared that milk from cows treated with rBGH was just like regular milk."
- Martin Teitel in "Genetically Engineered Food: Changing the Nature of Nature"

The "just like regular milk" phrase above is an example of the FDA's "substantial equivalence" argument, an argument the FDA uses to defend their position of not requiring labels on GE foods, an argument that was developed during Michael Taylor's 91-94 stint at the FDA. It has been attributed, in part, to him.

The following is from the FDA's 1992 policy on GE foods (published while Michael Taylor served as FDA's Deputy Commissioner for Policy). It describes the "substantial equivalence" argument. The FDA continues to refer to it today.

"FDA has also been asked whether foods developed using techniques such as recombinant DNA techniques would be required to bear special labeling to reveal that fact to consumers. To date, FDA has not considered the methods used in the development of a new plant variety (such as hybridization, chemical or radiation-induced mutagenesis, protoplast fusion, embryo rescue, somaclonal variation, or any other method) to be material information within the meaning of section 201(n) of the act (21 U.S.C. 321(n)). As discussed above, FDA believes that the new techniques are extensions at the molecular level of traditional methods and will be used to achieve the same goals as pursued with traditional plant breeding. The agency is not aware of any information showing that foods derived by these new methods differ from other foods in any meaningful or uniform way, or that, as a class, foods developed by the new techniques present any different or greater safety concern than foods developed by traditional plant breeding. For this reason, the agency does not believe that the method of development of a new plant variety (including the use of new techniques including recombinant DNA techniques) is normally material information within the meaning of 21 U.S.C. 321(n) and would not usually be required to be disclosed in labeling for the food."

It's a genetically engineered version of a hormone that occurs naturally in cows. When given to cows, it results in greater milk output. There is controversy over its safety.

Okay, this is a redundant question, but why are we giving cows something they already produce?

I am seriously, disappointed. . .

ever since the appointment of tim geithner as the secretary of treasury, i am seeing a downward slope in terms of new appointments.

- so more milk output - is more make making of extra cheese and extra milk products which is then sold at super cheap prices in box stores like costco and B.J's and then their is obesity - cause of many diseases - visitis to the doctor - increase in health insurance - i just cannot stop myself drwing the food chain of cause and effect events..

I don't know ... it's a democracy. It's about compromise I suppose. Marion Nestle called this appointment "a good choice" :

(Although, not everyone agreed with her.)

I don't see GE labeling as a big deal. Almost every other developed country labels GE. Maybe American business sees it as a big deal?

I expected better of Margaret Hamburg.