"Hundreds of thousands of the bug can fit on the head of a pin; as few as 10 can lodge in a salad and end in lifelong disability, including organ failure."
- Carolyn Lochhead, Crops, Ponds Destroyed In Quest For Food Safety, San Francisco Chronicle, July 13, 2009

10 bacteria. This is getting serious.

"What makes E. coli O157:H7 truly and decidedly dangerous is its very low infectious dose, and how relatively difficult it is to kill these bacteria. Unlike Salmonella, for example, which usually requires something approximating an "egregious food handling error, E. coli O157:H7 in ground beef that is only slightly undercooked can result in infection." "
- Bill Marler, The E. coli O157:H7 Bacteria and Hemolytic Uremic Syndrome (HUS), May 2009. 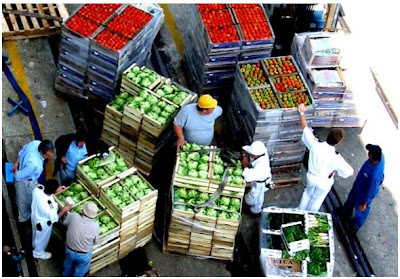 E. coli O157:H7 is more widespread in our environment, and thus in our food, than it was 20 years ago (first recognized in 1982).1 Most outbreaks have been traced to cattle - the bacteria live in their intestines. Vegetables and other food products become contaminated when the bacteria travel from cow excrement through water, or on insects, birds, and other animals, including humans. Milk becomes contaminated when it picks up the bacteria from udders.1

E. coli O157:H7 has become the scourge of food suppliers and retailers, who risk losing millions if a consumer falls ill from contaminated food. It, along with other pathogens, is leading to questionable practices on farms in an attempt to limit its presence on vegetables.

E. coli 0157:H7 is a problem, a modern problem. We need modern solutions, something smarter and less destructive than the scorched earth practices described in Lochhead's article above. We need government, industry, and academia working together on this one.

"Have a suggestion for reforming food safety policy? Drop it in the FSWG email comment form, or let the Working Group know on twitter via their account FSWGListens or by using the hashtag #whsafefood in your tweets. You may also contribute via the White House Facebook page."

We need to get back to the old ways. Grass-fed cattle graze freely on grass (or hay when grass is not possible). Land use is appropriate because we have researched quick growing grasses that thrive on "natural fertilizers." Since their diet is natural, e-coli O157:H7 does not grow in abundance because the guts of the cattle on this farm do not give it the grain it needs to fester.


Make another leap now. We milk the cows, and do not need to pasturize, because the farm is held to a high standard with regard to sanitation and temperature control. All of the nutrients the cow obtained from the grass remain in the raw milk, because no pasteurization occurred. The probiotic nature of the milk outweighs the risk of campylobacter.

Yep, this is a problem we've created, recently, through our livestock farming practices. A problem we're exposing everyone to through our huge distribution networks.

Fast-food burgers now get cooked to a crisp ... but if you eat lettuce or spinach - at home, in a restaurant, school cafeteria, or nursing home, you're at risk. 10 bacteria!

Food safety 2749 passed today. I don't think it was the terrible reach-into-your-garden bill that some were saying, but I do believe the $500 registration feee for a "food facility" will invariably hit smaller operations harder than, say, Tyson Foods.

Very alarming. I stumbled across the following on the EPA's website:

"Infection with E. coli O157:H7 is diagnosed by detecting the bacterium in the stool. Most laboratories that culture stool do not test for E. coli O157:H7, so it is important to request that the stool specimen be tested on sorbitol-MacConkey (SMAC) agar for this organism. All persons who suddenly have diarrhea with blood should get their stool tested for E. coli O157:H7."

"Symptoms usually appear within 2 to 4 days, but can take up to 8 days. Most people recover without antibiotics or other specific treatment in 5-10 days. There is no evidence that antibiotics improve the course of disease, and it is thought that treatment with some antibiotics may precipitate kidney complications. Antidiarrheal agents, such as loperamide (Imodium), should also be avoided."
http://www.epa.gov/safewater/contaminants/ecoli.html#six

@Matt
When I'm not buying raw milk, I often get my milk from local dairy show cows, though the milk is pasteurized at the lower 145 deg F temp. I'll include two videos from the farm. You should see the meticulous effort put into caring for these beautiful animals.
Part 1
http://www.youtube.com/watch?v=w4Bqq5MtLvE
Part 2
http://www.youtube.com/watch?v=pZgInEQkWos&feature=related
There's more videos....parts 3-6 if you want more.