What Predicts Survival In Long-Lived Cultures? (Part 2 of 2) 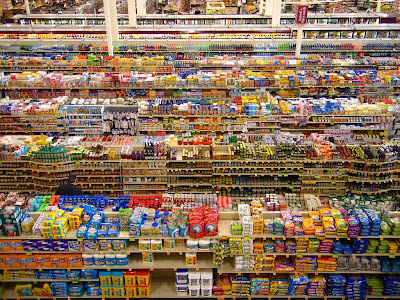 In my last post I reported results from the FHILL study (which I can now say stands for Food Habits In Later Life) that attempted to answer the question, "What lifestyle factors are best correlated with long life?"

The most modifiable predictor of a long, healthy life in FHILL's long-lived cultures was found to be diet (a plant-based Mediterranean diet that included fish). Cognitive function (memory), Activities of Daily Living (ADL score), and general health status were also correlated with long life. In fact, memory score had the greatest ability to reduce risk of death, however it's not thought to be as modifiable as diet.

Exercise and social activity were not found to predict long life in this cohort.

In this post I'll address the question, "What particular aspect of diet is best correlated to long life?"

Food intake data (at baseline), and mortality data (up to 7 years later) was collected on 5 long-lived groups (785 participants) in the FHILL study:1

The 5 cohorts were the same as the previous post:Intake was broken down into 8 major food groups. Which of the following 9 variables do you think was found to be the most important predictor of a long life?The answer - Beans:

"Only for legume intake was the result plausible, consistent and statistically significant across collective FHILL cohorts’ data. There is a 7% - 8% reduction in mortality hazard ratio for every 20g increase in daily legume intake."

One other finding of note: The less saturated fat eaten, the lower the risk of death:

"The monounsaturated:saturated fat ratio was associated with a 46% decrease in the hazard of death for every unit increase. This ratio was a significant predictor of mortality only when ethnic background was included as a confounding factor. Thus higher monounsaturated:saturated fat ratio (as reflected in intake of olive oil in the Mediterranean cultures) appeared to be protective against premature death irrespective of their ethnic backgrounds."

I've never been a big bean eater, but these studies are changing that.

I really enjoy looking for photos to accompany my posts. I see so much, learn so much. For this post I was looking for something that represented food from around the world. Peter Menzel's "Hungry Planet" photos kept coming up, but since he's adamant that his photos not be shared I decided to look elsewhere. I'm glad I did because when I saw this photo of a supermarket (from IBM, no less), I was floored. This is how Americans gets their food. This is why Americans are battling chronic diseases. This photo says so much. And the post it links to, from SmartMoney.com, "Top 5ive Supermarket Tricks," describes the extent to which food retailers will go to hawk their unhealthful wares to unsuspecting customers. It makes me feel dirty walking into these stores anymore.
Posted by Bix at 7:34 AM

Laughing. (You give great banner material.)

I'm with Ronald: I prefer the petite turtle to, say, a lima.

We're big on consuming beans. This year I'm planning to grow and dry a portion of our own black and also cannelli beans.

I plan to eat healthy until the inevitable wheelchair portion of life, at which point it's gonna be all chocolate and cheese, baby.

Isn't it interesting that they tend to eat the beans that are native to their locale, hmmmmm - do you have a post that covers eating what is local?

Twenty years of "Eat your veggies," for naught?!

Biz, no, but ... You just made me think that a popular bean in the US is soy, the soy bean. And soy beans are just about 100% genetically engineered in this country. (And they're not labeled!) And this country wasn't represented in this study.

No study is unmuddied. But I'd take a bunch of muddied studies over no studies at all.

Esmaa, great name for a blog:
The Petite Turtle

I wonder what percentage of U.S. people eat the kind of food shown in the photo--would you imagine, maybe, 95%? That's what I would guess, but it's only a guess.

I live in Sweden and I'd venture to say that Swedes live a long time because of good health care and not being morbidly obese because of exercise. But they eat some awful things here and compared to older Japanese people, most older swedes look bedraggled and worn out. Smoking isn't so common, so I'm guessing it's the massive amount of dairy and cured meats that they seem to eat. Very few Swedes I know eat legumes with any regularity.

in crete, greece, where the mediterranean diet is said to have been created, people eat a lot of beans, despite living relatively unhealthy lifestyles, especially in modern times.

the med diet is still surviving here, but it is doing so alongside newly developed habits such as eating meat in excess, eating mroe sweets than ever before, and drinking non-traditional alcoholic beverages (eg whiskey instead of the traditional raki/tsikoudia, or nescafe instead of mountain tea and greek/turkish coffee)

the consumption of greens is still high, but young people are are now being raised on a more western diet than ever before, probably due to the change in lifestyle rather than a clear influence of western habits

I love hearing this first-hand experience.

Med. Kiwi, you have a fantastic collection of recipes! And it's true, you do eat a lot of beans there, don't you. I really enjoyed this story about your husband:

I agree with your comment at the very end. Grocery stores make me sick sometimes. Ahh.. the age of convenience.

I went to a Mediterranean diet last year for a few months when I thought I had heart problems (I don't). Not only did I lose a lot of weight, but I haven't felt that good in years. I could breathe better, etc. I hope, budget permitting, I can go back to it this year (eating well isn't cheap, unfortunately).