Below is a photo tour of the Farmers' Market where I'm fortunate to buy lots of the produce you see on my posts. (Click pics for larger. My apologies to those without a broadband connection.)

Last weekend I drove up to a sea of pumpkins. 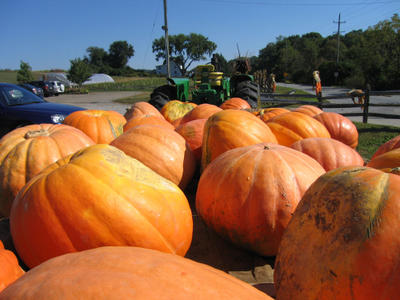 Pumpkins in both directions, as far as my lens could focus. 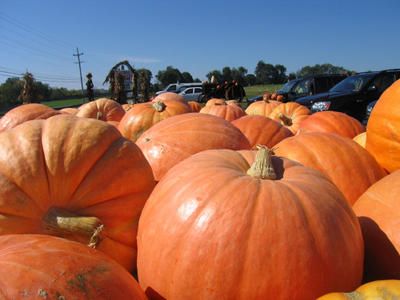 Not all pumpkins are pumpkin-colored, I found. 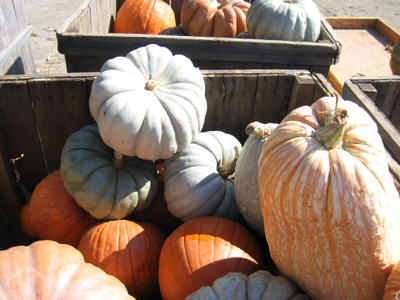 Nor are all pumpkins pumpkin-shaped. I think these are called turban squash. 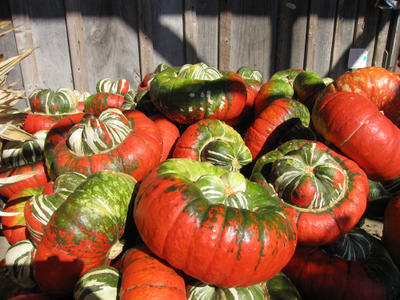 Click here to view the rest of the (photo heavy) tour.
Here's a hodgepodge. The one in the lower right with the bumps like warts is called a warty squash. And the lovely green one with the long slender middle is called a gooseneck squash. 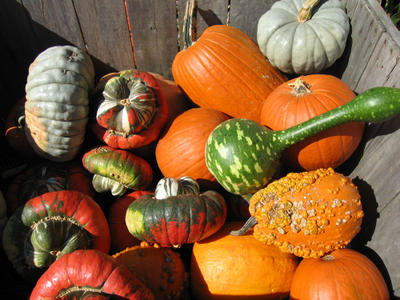 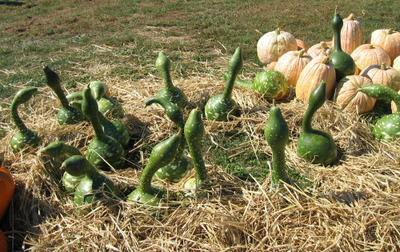 Nor are all pumpkins big. These you could fit in your palm. 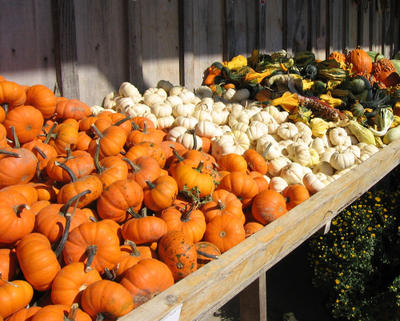 The orange ones, second to the left, are called Red Kuri squash. Around here we call them sweet potato squash. I use them in my Squash Squares recipe in place of butternut squash. 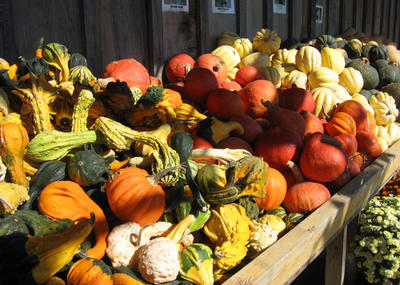 Here are end-of-season hot peppers. The red jalapenos in the front have been on the vine a while, you can see their woody streaks. Nonetheless, they're so fresh and potent! (The dark green ones in the lower left are called Poblano's. They're the mildest of this lot, and my favorite. They're the basis of the dried Ancho Chile powder you can buy in just about any grocery store.) 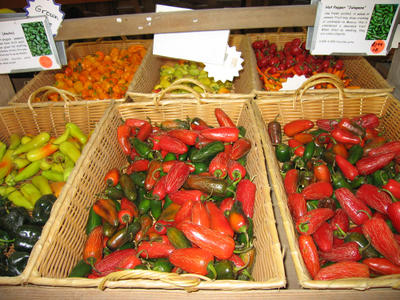 Apples. For apple pie :) Most are local, picked daily. This picture doesn't do them justice. I guess this means another trip. Woe. 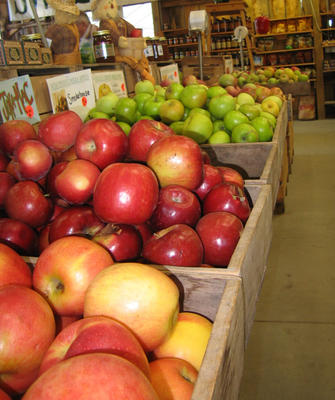 He sells his squash inside too. At the end of the season he has so many he gives them away. You can see the building in this pic. It's really just a large wooden shack. It leaks when it rains, smells of hay, and is full of bees when peaches are in season. He uses giant fans to blow them off the fruit. I love this place. 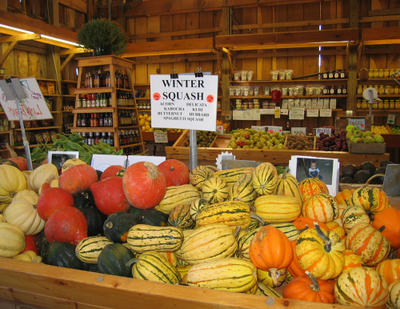 Farmer P never lets you forget what's in season. (He probably used a tractor to lift this.) 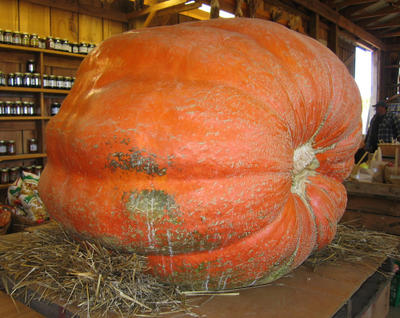 Here's a sense of perspective. It's really not that big of a building. When I started going there 10 years ago, it was just a roadside stand. 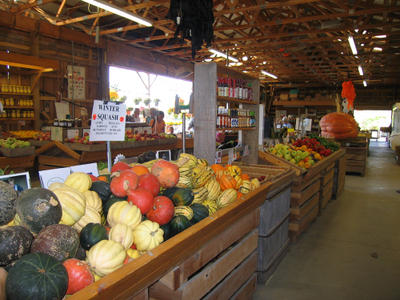 Corn is waning. It gets starchy at the end of its season. This pile of corn would have been sold out by now if it was August or September. Back then, if people spied someone lugging a lumpy burlap sack in from the fields, they'd swarm this table faster than the bees swarmed the peaches. 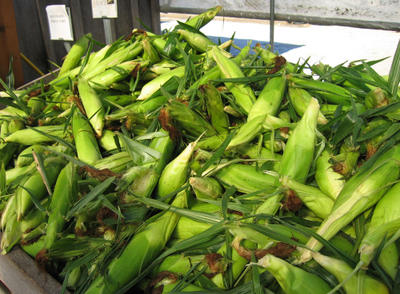 Tomatoes are also waning, but unlike corn they just seem to get better as the season wears. 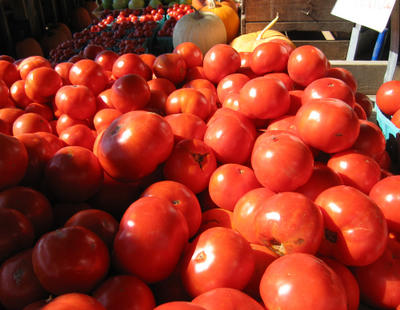 I'll leave you with one last image of Farmer P's sustainable farming handiwork. 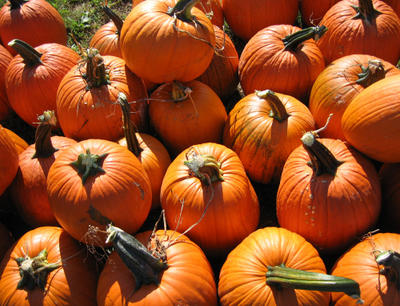