German Shepherd Runs Away from Home, Sleeps On Owner's Grave 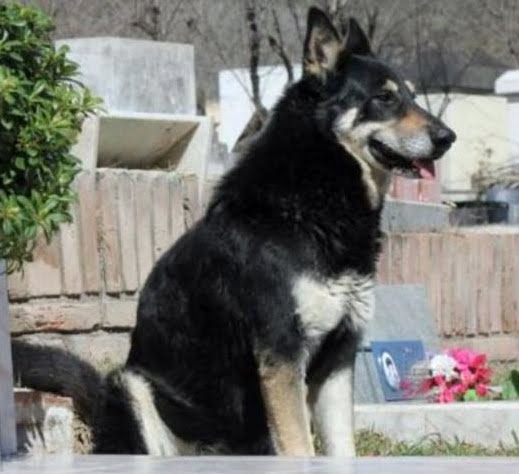 From:
Loyal Dog Ran Away From Home To Find His Dead Master's Grave - And Has Stayed By Its Side For Six Years, Daily Mail, 13 September 2012


Mr Guzman bought Capitan as a present for his 13-year-old son Damian in 2005.

He died suddenly in March the next year, but by the time his family had returned home from the funeral Capitan was gone.

Mr Guzman's widow Veronica told Argentina's Cordoba newspaper: 'We searched for him but he had vanished. We thought he must have got run over and died.

'The following Sunday we went to the cemetery and Damian recognised his pet. Capitan came up to us, barking and wailing, as if he were crying.'

She added: 'We had never taken him to the cemetery so it is a mystery how he managed to find the place.

'We went back the next Sunday, and he was there again. This time, he followed us home and spent a bit of time with us, but then went back to the cemetery before it started getting dark.

The cemetery's director Hector Baccega remembers the day he first saw the dog. He said: 'He turned up here one day, all on his own, and started wandering all around the cemetery until he eventually found the tomb of his master.

'During the day he sometimes has a walk around the cemetery, but always rushes back to the grave. And every day, at six o'clock sharp, he lies down on top of the grave stays there all night.'

Very touching! This is one of the reasons why a dog is a very good pet because of it's loyalty.

I was so touch about this dog and all the loyal dog.. Last night I was watching hachiko for the first time and im researching now about the other loyal pets :)