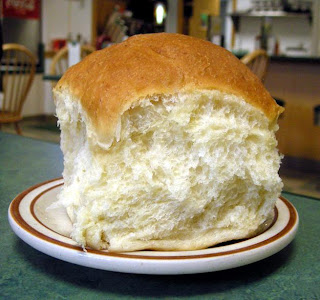 Evidence for the harm caused by eating processed food - food made from overly processed grain (flour) with added fats and sweeteners - is mounting.

Can just changing the texture of food, processing it, contribute to weight gain?

Two groups of rats were fed either standard pellets or easily-chewed, soft pellets (made softer by increasing air content, as is done in breakfast cereals).If energy intake, nutrient intake, and energy expenditure (activity) are similar, you would expect body weight and body fat to be similar. That wasn't the case.

"In this study, 22 weeks was long enough to produce obesity in soft-fed rats." (They ate the same number of calories.)

If weight loss and reduction of body fat are the goal, merely reducing the number of calories consumed won't be as effective as also reducing the amount of processed food consumed, e.g. bread, crackers, breakfast cereals, and baked goods.
________
Idea thanks to Richard Wrangham and his book Catching Fire. Great book.
Posted by Bix at 10:42 AM

Sure... if food is softer, it's more pleasing to the palate, thus we'll eat more.

It makes me sad we have to increasingly inject fats and sweeteners into our foods to make them more appealing.

It kind of makes me think of WALL-E. Have you seen that movie? It makes a very real projection about what our society will be like in x-amount of years (I thought it was brilliant). Although it has other factors that come into play, food for them is *so* readily available that they become this obese nation. They're not far off....

They didn't eat more in this study. They ate the same number of calories.

I apologize. I retract my first paragraph.

No need to apologize. You're right about comfort/emotional eating.

I found the mechanism fascinating. It's one more example that challenges the conventional thinking that all calories act the same.

growing up we would get to eat bread ( white bread.) with jam only on sunday - 4 pieces were allowed with half a glass of milk. because my mom needed a break one day of the week. i must confess i loved white bread then.

who knew that flat bread made out of 100 % whole wheat that we had 6 days of the week was healthy?
it was by default.

Perovskia, lots of info on your blog but cannot post a comment because it has an embedded form.

Anrosh... so sorry. You were able to post before. What do you mean embedded? (Sorry, still learning.) Tell me how to fix it and I will :)

Softer food is digested faster, so the macronutrients get into the blood faster.

Blood sugar and insulin spikes leading to preferential storage of available calories as fat is another possible mechanism.

Maybe their triglycerides and CRP were worse, too.