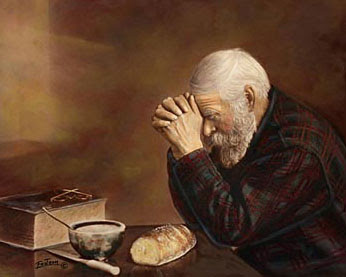 Monsanto is getting back into the Bread & Pasta business, a venture they left in 2004 because of opposition to genetically engineered (GE) wheat. We can't get these Non-GMO labels fast enough.

From the St. Louis Post-Dispatch, July 15:
After 5-Year Absence, Monsanto Is Back In Wheat

"Monsanto, the biggest seller of genetically modified seed, agreed [this week] to pay $45 million for WestBred LLC and could introduce new wheat varieties within a few years. WestBred specializes in wheat germplasm, the seed's genetic material.

Monsanto abandoned the wheat business after years of research and development ... citing a declining market for the variety it was developing. ... Critics contend the decision was less about economics than stiff opposition. The Canadian Wheat Board in March 2004 said the 10 largest customers for Canadian Western Red Spring wheat, including the U.K., Japan and Mexico, had rejected the possibility of genetically modified wheat."

They're not the only biotech company interested in wheat:

The wheat industry is ecstatic:

"The National Association of Wheat Growers hopes Monsanto's return to wheat means an infusion of research dollars into a business that remains mostly the domain of public land-grant universities. "We're excited to see Monsanto stepping up," said Joe Kejr, who chairs a joint biotech committee of the National Association of Wheat Growers and U.S. Wheat Associates, a group trying to develop export markets. "We have got to have that investment for the industry to be sustainable." "

________
Photo is "Grace" by Eric Enstrom. From Wikipedia: "Eric Enstrom is famous for his 1918 photograph of Charles Wilden in Bovey, Minnesota. The photo is now known as Grace and depicts Wilden saying a prayer over a simple meal. In 2002, "Grace" was designated the state photograph of Minnesota."
Posted by Bix at 2:41 PM

Fortunately, there are increasing numbers of local farms reintroducing small grains and flours ground from them, even here in PA. PASA sent out an announcement about it. I think it's great!

P. S. Thanks for bringing this to our attention.

Speaking of Monsanto, have you had the opportunity to watch Food, Inc. yet? Monsanto is a despicable company.

I saw it, yes. Takes your breath away. I can understand they're protecting their financial interests. But they're doing it at the expense of safety. Not good.