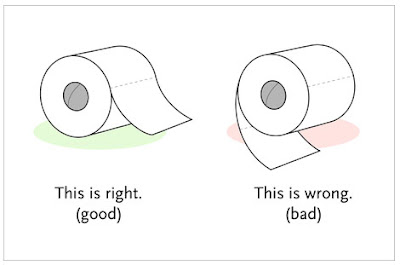 I received this in an email a few days ago (thank you, V) and it's had me thinking. It's a quotation from "Zen and the Art of Motorcycle Maintenance," by Robert Persig:

"If you have a high evaluation of yourself then your ability to recognize new facts is weakened. Your ego isolates you from the Quality of reality. When the facts show that you've just goofed, you're not as likely to admit it. When false information makes you look good, you're likely to believe it. On any mechanical repair job ego comes in for rough treatment. You're always being fooled, you're always making mistakes, and a mechanic who has a big ego to defend is at a terrific disadvantage."

"If you know enough mechanics to think of them as a group, and your observations coincide with mine, I think you'll agree that mechanics tend to be rather modest and quiet. There are exceptions, but generally if they're not quiet and modest at first, the work seems to make them that way. And skeptical. Attentive, but skeptical. But not egoistic. There's no way to bullshit your way into looking good on a mechanical repair job, except with someone who doesn't know what you're doing."

Of course, I apply this to the field of health. For me, it's revealing how someone responds to new information (myself included). Do they embrace it forthrightly, test it, dismiss it? How much does where it comes from influence their response? How do they view the bearer of the news?

There have been some respectable doctors-turned-authors who I feel have painted themselves into a corner with their views.I'm not asking for answers to these questions. I'm just saying I learn about someone based on how they handle information that contradicts, or for that matter reinforces, their positions. (Still learning here myself.)
________
Illustration of Right vs. Wrong from Current Configuration, where they argue for their position on the best method for hanging bathroom tissue.
Posted by Bix at 11:21 AM

I think this applies to politicians and political pundits even more so. I never have seen a political ideologue let the facts and truth get in the way of ideology no matter how obvious those facts and truths are.

Love the tp illustration. In my family, it was a gender thing--all the males put it on w/ the paper coming off the top (my hubbie does too), where all the females put it on the other way!

i had a fabulous response entered, but the internet gremlins hit the *poof* key, and it disappeared.

okay, again. i was laughing at the toilet paper illustration. direction never mattered when i was a kid, just availability!

i was young, visiting relatives, and trying to be helpful. when i heard the first screams, and the expletives, i didn't know whether to laugh or hide. toilet paper was to be installed so that it unfurled from the top, i was told. i also had towels that i had carefully stacked, hurled at my head, with orders to re-fold properly.

this aunt worked at a resort when she was a teenager, and learned the "proper" way to fold linens, towels, and install toilet paper. she was so well trained that she would not buy fitted sheets, because she could not figure out the proper folding sequence.

she scared me into submission, but toilet paper unfurling from the top makes sense, now. easier to grab, and stop, with one hand.

I wish I could recover your poofed response!

"direction never mattered when i was a kid, just availability!"

There you go. That's it. And your point about the "proper" way to fold linens. Yes. It's this inflexibility I'm referring to.

Ruby, you, stubborn? I wouldn't have thought.