Since I'm talking about various Homos, I thought I'd repost this graphic from 2006. I don't know how accurate it is, but I've been referring to it.

Below is an illustration and caption from Australia's news site The Age. 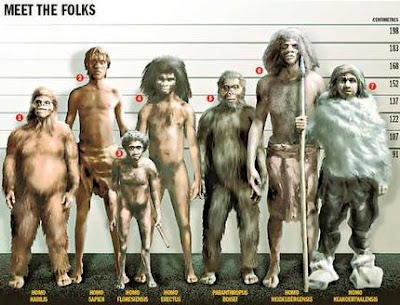