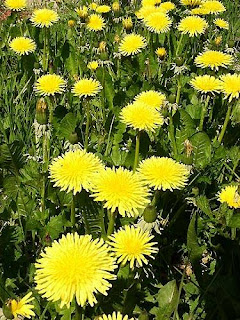 This is a continuation of the discussion about eating primarily meat vs. eating primarily plants. If you've already made up your mind, and you lean towards plants, you can skip to the video at the end. It's the first of over 80 episodes by Green Deane on foraging for wild plants. A real treat.
________
In the same issue of the American Journal of Clinical Nutrition in which Cordain (of paleolithic diet fame), et al. claimed that hunter-gatherers eat mostly animal foods:1

"Diets of modern-day hunter-gatherers may represent a reference standard for modern human nutrition and a model for defense against certain 'diseases of civilization'."

"The hunter-gatherer data used by Cordain et al came from the Ethnographic Atlas, a cross-cultural index compiled largely from 20th century sources and written by ethnographers or others with disparate backgrounds, rarely interested in diet per se or trained in dietary collection techniques."

Indeed, Cordain admits, "Ethnographic data are qualitative in nature and as such lack the precision of quantitative data; consequently, Murdock's subsistence-dependence categories, in almost all cases, represent subjective approximations."

"Because most of the ethnographers were male, they often did not associate with women, who typically collect and process plant resources."

So, to avoid "diseases of civilization", should humans eat more animal foods as Cordain contends, or more plant foods? Or doesn't it matter? Milton:

"There is general agreement that the ancestral line (Hominoidea) giving rise to humans was strongly herbivorous (refs cited). Modern human nutritional requirements (e.g., the need for a dietary source of vitamin C), features of the modern human gut (haustrated colon), and the modern human pattern of digestive kinetics (similar to that of great apes) suggest an ancestral past in which tropical plant foods formed the basis of the daily diet, with perhaps some opportunistic intake of animal matter."

What about the success of those living at higher elevations or latitudes, e.g. the Canadian Eskimos who derive much of their energy from wild animal foods? Milton:

"Because some hunter-gatherer societies obtained most of their dietary energy from wild animal fat and protein does not imply that this is the ideal diet for modern humans, nor does it imply that modern humans have genetic adaptations to such diets. It does, however, indicate that humans can thrive on extreme diets as long as these diets contribute the full range of essential nutrients."

"The hunter-gatherer Hazda of Tanzania consume "the bulk of their diet" as wild plants, although they live in an area with an exceptional abundance of game animals and refer to themselves as hunters."

Although Milton defends that plant foods form the foundation of a best-suited human diet, she seems to embrace the "it doesn't matter" argument, so long as we're not eating lots of calorically dense (processed) foods:

"It is likely that no hunter-gatherer society, regardless of the proportion of macronutrients consumed, suffered from diseases of civilization. Most wild foods lack high amounts of energy and this feature, in combination with the slow transit of food particles through the human digestive tract, would have served as a natural check to obesity and certain other diseases."

In the end, her editorial essentially dismissed Cordain's argument for a meat-based diet:

"It seems prudent for modern-day humans to remember their long evolutionary heritage as anthropoid primates and heed current recommendations to increase the number and variety of fresh fruit and vegetables in their diets rather than to increase their intakes of domesticated animal fat and protein."

From my other readings, the "variety" part of this advice is key.
________
Below is Green Deane from EatTheWeeds.com with his introduction video on foraging for edible plants. You can see more of his videos here. (Here's his video on dandelions, "the classic foraging plant." They don't grow well in Florida where he lives. Says Deane, "Every time I've seen the dandelion, I've had to grab the seeds and haul them home. I've been trying to get dandelions to grow in my lawn for a long time.")

Thanks for posting my video. I'm actually a low carb person and a strong advocate of at least eating like our great great grand parents, if not our mesolithic grandparents.

Green Deane! I'm honored. Thank you for your visit, and for your wonderful videos.