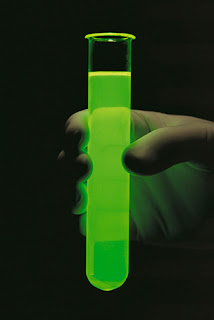 "In 1965, for instance, there were 53m US hogs on more than 1m farms; today, 65m hogs are concentrated in 65,000 facilities. This has been a transition from old-fashioned pig pens to vast excremental hells, containing tens of thousands of animals with weakened immune systems suffocating in heat and manure while exchanging pathogens at blinding velocity with their fellow inmates.

Any amelioration of this new pathogen ecology would have to confront the monstrous power of livestock conglomerates such as Smithfield Farms (pork and beef) and Tyson (chickens)."

So, we're pouring as many potentially volatile organisms as we can into a test tube, shaking it, then closing our eyes?

"According to the Washington Post, the CDC did not learn about the outbreak until six days after Mexico had begun to impose emergency measures."

This is not good surveillance; rather, this is failed surveillance. It's especially troubling that the failure involved one of the richest, most powerful, and most "prepared" nations in the world. What if this virus was (or becomes) more deadly? Would people still wave off proclamations like, "It's too late to contain it"? When that's exactly what we're paying our governments to do ... contain it?

Someone should be watching the test tube, Mr. President.
________
Photo of "boiling tube" from About.com and Getty Images. Caption read:

"A boiling tube is a special variety of test tube that is made specifically for boiling samples. Most boiling tubes are made of borosilicate glass. These thick-walled tubes are usually about 50% larger than average test tubes. The larger diameter allows samples to boil with less chance of bubbling over. The walls of a boiling tube are intended to be immersed in a burner flame."

Sorry to keep nattering on about this, but say you believe you only get one life in this world, how would you like to be born as a pig?One of "tens of thousands of animals with weakened immune systems suffocating in heat and manure"? Nice life. As the artist Goya said in his series _The Disasters of War_, "Was it for this you were born?" It's torture whether you're talking about animals or humans.

So, the pigs. Yes, the pigs. Just deplorable. The cows too. And the fish. Look at these concentrated farms we make. Fish oil comes from these industrial practices too. And other products, dairy foods, eggs, pet food. Our house is built on the backs of all these animals.

The other thing ... it doesn't matter whether this virus emerged from a CAFO or other pig farm, the CDC knew it was coming and didn't monitor it. Almost half the pigs on CAFO's have the antibody for H1N1, wouldn't you think you would monitor those farms? Those farm workers?

Back to pigs for a moment--just came across a wonderful quote from Joel Salatin, the central-Virgina traditional farmer made famous by Michael Pollan:
“A culture that just views a pig as a pile of protoplasmic, inanimate structure to be manipulated by whatever creative design the human can foist on that critter will probably view individuals within its community and other cultures within the community of nations with the same type of distain and disrespect and controlling-type mentality.”