"The authorities in Gong'an county [China] had told civil servants and teachers to smoke 230,000 packs of the locally-made Hubei brand each year.

Those who did not smoke enough or used brands from other provinces or overseas faced being fined or even fired.

"The regulation will boost the local economy via the cigarette tax," Chen Nianzu, a member of the cigarette market supervision team in Gong'an county, Hubei province, told the Global Times newspaper."
- China Cigarette Order Up In Smoke, BBC News, May 5, 2009

The rule was rescinded yesterday. 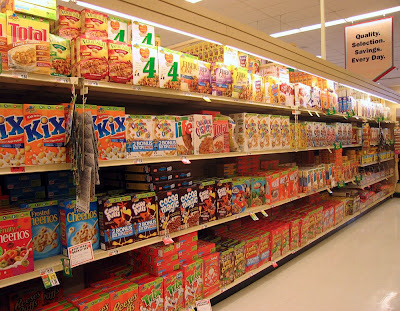 Med. kiwi, you always make me feel a little less cynical. Thanks for that.

It really isn't that large of a leap. The only two differences I can think of: 1. There is a lack of broad acceptance that processed/GM food is detrimental to one's health, at least in comparison to cigarette smoking. 2. You could make an argument that the degree of detriment is not the same (though you may not be correct in that assertion).

I fear, however, that your analogy is far too true.

i listened to that story on npr yesterday, and today "throwback" soft drinks were featured...sugar, real sugar, instead of high fructose corn syrup.

"throwback"... why didn't they call these new/old drinks vintage or retro?

"I'll have a throwback."