Weight Loss by the Hour 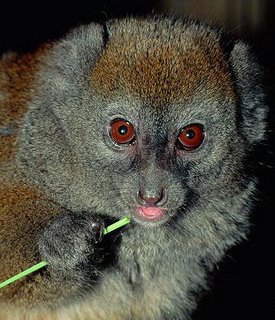 I've come to the conclusion that the recent craze of grazing, that is, frequent snaking, is what's doing us in. Rather, it's doing our fat stores in ... letting them balloon to a size that's swelled the market for relaxed-fit jeans.

I don't say this lightly. And I say this reluctantly, being a fan of grazing from way back.

Working in the field of diabetes has put me on intimate terms with two states (of metabolism) that I'll use to support my position.These two states call upon different types and levels of hormones - molecules that work hard to maintain the equilibrium we rely on to function.

The transition period between the postprandial fed state and the postabsorptive fasting state occurs approximately between 2 hours after eating and 10 hours after eating. That's a period you'd want to shoot for if your goal was to mobilize a bit of flank fat. (Of course, if you're a bodybuilder, you'll want to avoid this period - it could encourage catabolism or disassembling of muscle tissue you spent hours at the gym assembling.)

What does this all boil down to? If you're in good health but trying to shed a few pounds, try not eating for stretches of 3 to 4 hours between meals. Try especially not to consume carbohydrates during that down time. Non-caloric beverages are fine, but one sugar-packed soda could send your body back to a pack-it-on postprandial state. 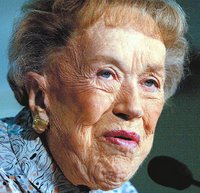 KING: Does anyone in France diet?

CHILD: They don't have to because they don't eat these great big quantities. You know, we have our American Institute of Wine and Food and our motto is a very good one of: Small helpings, no seconds, a little bit of everything, no snacking, and have a good time. But if you follow that, you're perfectly fine.

KING: Can you really read Julia Child, go to restaurants, and lose weight or maintain good weight - low cholesterol? Look, can you eat in France and avoid sauces?

KING: So you think you can eat a cream sauce?

CHILD: But you can have just a little bite, Larry, you don't have to...
KING: Just a little bite.
CHILD: ... don't have to pack it in.
KING: The trouble is, when it tastes so good, can you eat one cashew?
CHILD: Yes, you have to do.
KING: You can eat one cashew?
CHILD: I can.
KING: You can eat one potato chip?
CHILD: That is hard, but I can.
KING: How about a dry roasted peanut? One.
CHILD: No, that I have to have two of. But chew it thoroughly.

~~~~~~
1 This statement does not precisely apply to a person with untreated diabetes (type 2), where insulin resistance can prevent post-meal glucose from entering cells and being oxidized for energy.

2 This statement hinges on a variety of factors including the macronutrient content of the meal and the physiological condition of the eater, although it is generally applicable:

"Many high-carbohydrate foods common to Western diets produce a high glycemic response, promoting postprandial carbohydrate oxidation at the expense of fat oxidation, thus altering fuel partitioning in a way that may be conducive to body fat gain."
- Glycemic index and obesity, 2002.

" ... increased glucose oxidation limits oxidation of longchain fatty acids directly by inhibiting their transport into the mitochondria."
- Metabolic interactions between glucose and fatty acids in humans, 1998.

Photograph of lemur compliments of Arkive.org
Posted by Bix at 3:22 PM

Well written article...reinforces the belief in not snacking...It's easier said than done...:)