Melinda sent a link to an essay by Dr. Loren Cordain, the author of The Paleo Diet. Dr. Cordain argues that grains and legumes are making modern man ill, in essence because the human gut hasn't evolved to digest and assimilate their nutrients.

He robustly defends his position. A critical mind can't help but question some of his assumptions though. See what you think:

The Late Role of Grains and Legumes in the Human Diet, and Biochemical Evidence of their Evolutionary Discordance

Wikipedia places the Paleolithic Period from between 2,500,000 to 11,000 years ago, ending with the introduction of agriculture.

Below is an illustration and caption from Australia's news site The Age. 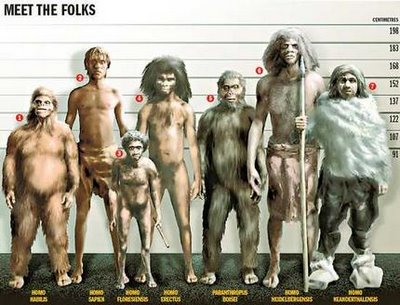