Non-prescription Xenical Stumbles On Its Way Across The Counter 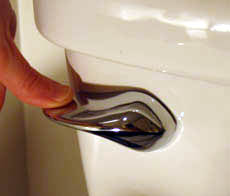 There seems to be a holdup on marketing of GlaxoSmithKline's (GSK) new over-the-counter (OTC) weight-loss drug, Alli. In an 11 to 3 vote, an FDA advisory panel recommended approval of Alli, the OTC version of Xenical, on January 23 - over 9 months ago. GSK was thrilled and hoped to get the drug in stores before the end of this year, pending the FDA's final go-ahead. Since Alli would be the only FDA-approved weight-loss drug available without a prescription, GSK was salivating.

I wonder what's happening to all that drool.

Maybe it's going into their recent campaign to warn would-be consumers about the drug's untoward side effects (see bulleted list). The latest public rumble in GSK's struggle to get Alli on store shelves has been their outreach to pharmacists. Reuters is reporting that GSK met with pharmacists at Walgreens (the biggest US drugstore chain by revenue) in the beginning of October to, as one pharmacist described, "get them on board."

"If a patient experiences these unpleasant side effects, they will likely discontinue use."
- Jennifer McFee, Walgreens pharmacist

Drugstore.com is selling a one-month supply of prescription Xenical, 90 capsules, for $204.40. Alli is expected to cost about a third of that price. However, Xenical is a 120 mg strength tablet, Alli is only 60 mg. Also, where Xenical may be covered by insurance, Alli will be an out-of-pocket expense.

The active ingredient in both Xenical and Alli works by interfering with the action of the enzyme lipase which is integral in the digestion and consequently absorption of fat. The pills are taken with meals that contain fat. About 20 to 30% of the fat in those meals goes out with the stool.

Stools that contain a substantial amount of fat can, well, be a nuisance. They create a feeling of urgency, and ... loss of control. They leak. They are fetid. They float, and so resist attempts to flush. Their movement is accompanied by copious quantities of gas. The fat they contain is not always fat you want to get rid of. Vitamins A (and beta-carotene), E, D, and K are fats. Alpha-linolenic acid (ALA) and linoleic acid (LA) are essential fats that we absolutely need and can only get in food. The famous, and justifiably so, EPA and DHA, are types of omega-3 fats that studies show keep our blood flowing and our mood glowing.

All those goods fats and more ... out the back door. For what? Less than 1 pound a month?1 And a $70-a-month habit for life? Let me suggest a more nutritious, less annoying, and more economical therapy - walking.

~~~~~~
1 "Following one year of treatment, Xenical in combination with diet was shown to be more effective in reducing weight than diet alone. In most cases, weight loss was gradual. Patients treated with Xenical and a reduced-calorie diet for one year lost an average of 13.4 pounds while those on a reduced-calorie diet alone lost 5.8 pounds."
- Xenical product insert (pdf)

This post is for K, she of the iron intestines.
Posted by Bix at 8:06 AM

There was an anonymous comment on this post this morning which I'm not going to publish because of its language. But it alluded to, I think, the contempt with which food and drug companies treat consumers. Kind of like ... money is king, side effects be damned.