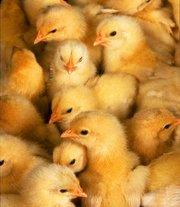 I haven't been concerned until recently. I researched a little. Looks like chicken soup isn't going to do it.

Here's what I found:
~~~~~~
1 The most recent, yesterday.
2 There's an experimental vaccine based on an older strain of H5N1. It may or may not be effective against a new mutated strain.
3 A death projection is difficult. No one knows how lethal the new mutated virus will be.