Much of the attention omega-3 fatty acids are receiving of late is related to their benefit for the heart - their reputation for reducing triglycerides and limiting production of compounds involved in inflammation. 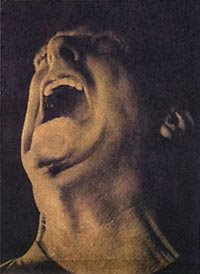 But those weren't the effects that compelled me to study these fats years ago. It was omega-3's impact on mood and mental state that had me pouring over the research. And what a heap of mood research has come to pass since then.

Omega-3 fatty acids and major depression: A primer for the mental health professional
- From Lipids in Health and Disease, 2004

"... there is enough epidemiological, laboratory and clinical evidence to suggest that omega-3 fatty acids may play a role in certain cases of depression."

Mr. Logan's report contains references not just to depression, but to a variety of studies involving omega-3 and the central nervous system. They address the fat's relationship to:So I was excited to see this particular facet of omega-3 research gain some headway in the press with yesterday's NYTs Magazine article Does Eating Salmon Lower the Murder Rate? What Omega-3 Fatty Acids Might Do for Violent Behavior 1

In light of the nuclear one-upmanship taking place among the world's sovereign states, I recommend the next time Condi goes calling overseas, she does so bearing gifts, particularly some of our tasty omega-3-rich Wild Alaskan Salmon. Yessiree Bob, a little salmon today, a little less violent antisocial behavior tomorrow. Heck, let's make it a regular menu item at the White House.