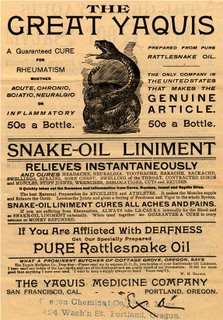 What good is research if it doesn't get distilled into something that can ease the burdens of humankind?

All around me people are falling ill. Why? Don't we know more about health and the human body than any generation before us? Isn't our medical gadgetry the most advanced in the world? Haven't we spent more on prescription drugs in one year (2004: $235 billion) than we do on imported oil (2004: $170 billion)?

I've known some smart, sound, scientific minds in my time. Minds that've spent hours sifting through studies that purport possible associations (omega 3 for arthritis) and downright cures (folic acid for spina bifida). Minds that teach and advise and spread the word of virtuous vigor. Oh yes. Yet when no one's looking, (some of) the bodies attached to those minds hightail it to the backroom to scarf down pizza and Pepsi, then cut out to the vestibule for a smoke.

It's enough to make this grown woman trade in her Brussels sprouts for Krispy Kremes.

Who here finds it difficult to swallow health advice from a health practitioner who has obviously swallowed one too many portions of backroom fare? Whose ruddy complexion leaves you with the image of a barroom, not a barbell room?

"Well, Mrs. Gelibelli, looks like you're going to have to lose a few pounds if you want to live to make fattigmands with the grandkids."

"I beg your pardon?"

"That is to say, it's time to catapult the crème brulée."

"We're not talking about me right now, Mrs. Gelibelli."

"Well, I'm just wondering what I should do to lose weight, and what tips you could offer, being as you also seem challenged by that prospect."

"Ha Ha. Well, here's an 1200 calorie diet. Why don't you try this and come see me in a few months and we'll check your labs again."

"Tut-tut, Mrs. Gelibelli. There's a lot of great food in this diet. Look .... See? Rice cakes! You can't go wrong with cakes. And I'm told the turnip-quinoa sunloaf is spectacular."

"Right. Thanks, Dr. Duzintwash. I'll see you in March."

Tell me, at what point does knowledge change behavior?

We may as well just rub on some of The Great Yaquis' Rattlesnake Oil.
Posted by Bix at 8:42 AM